Donate R20 towards the STRAB Charity initiative when buying your STRAB ticket! 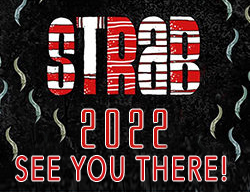 As announced previously STRAB 2022 is going ahead.

STRAB FESTIVAL HAS BEEN ACTIVELY INVOLVED IN THE LOCAL COMMUNITY OF SOUTHERN MOZAMBIQUE, SINCE ITS DEBUT IN 2005

In 2012 STRAB started donating towards the Mamoli Mission Children’s Home, about 10 kilometers from Ponta Malongane, where the festival happens annually.

However, since the Mission was closed in 2015, and with the untimely death of the Mission’s co-founder, Simao Mucache in 2019, STRAB have decided to focus their efforts to assist the resort, Parque de Malongane, the Malongane School and the new Manzine Mission with future plans and donations.

You can contribute to this charity effort by simply donating R20 (or more) when you book your STRAB ticket!

The history of The Mamoli Mission Children’s Home, Mozambique (est. 1996)

Founded in 1996 by Simao and Annette Mucache, who after building a church, realised that there was no schooling in the area. They subsequently started a little school, which also included a boarding facility for a few children. In 2010 Annette, the mother of the Mission House, tragically passed away in a car accident, leaving Simao Mucache to run the Mission with the help of volunteers.  In the years that followed the Mission eventually became connected to an electrical grid, so they started a bakery and a vegetable garden, which made the Mission to become self-sustainable.

The Mission was closed down in 2015 and Simao Mucache sadly passed away in 2019.  The future of the Mamoli Mission is uncertain but we have heard of a new Manzine Mission with volunteers and kids that were living at Mamoli (see details below).

“My son Pedro and I visited the mission as volunteers, no 4×4, but on foot. I knew this was where I was supposed to be, giving a helping hand.  There were 45 kids being raised by Simao and only 3 helpers – I felt these kids needed a hug now and then. Coming back from our adventure, I started telling my community and soon an annual outreach was arranged, volunteering to just spend quality time with these kids with whom we fell in love.”

After the closing down of the Mission in 2015, a young man Joao Nhaca Manzine, whom she met at the Mission and kept in contact with, offered her a piece of land, asking Adele to please come help them to build a new children’s mission.  He is the local pastor and has completed YWAM courses at Manzine’s Cosy Bush Camp.  With no more Mission to visit, Joao opened his home to volunteers and built ablutions, brought water from his friend and helped establish a new camp site for accommodating volunteer groups who visit the community and kids of Mamoli.

De Freitas Bible Distribution and Outreaches have donated a 1000-litre water tank and a septic tank to Joao and his family, to upgrade the camping site.

After many meetings with the local Induna in Mozambique and paperwork from Bella Vista Mozambique finalised in August 2018, the fencing was completed in February 2019 and the new plan for Manzine’s Mission Mozambique was established: Building a home for children in need.

Adele will be moving to Mozambique permanently and this is their plan:

Other partners involved in the STRAB Charity initiative:

A fundraising initiative that turned into an annual event. Since the start of Landmine Rock in 2007, over R50 000 has been raised for charity, Mamoli Mission being the main target of funds donated. This could not be done without the support of the Van Der Walt-family and all the great musicians that donated their time and tunes at these events.

The Black Sheep Rock Conspiracy, consisting of Piet Botha, Akkedis & the Freygang Band, raised R40 000 for the Mamoli Mission on their tours in SA and Germany. Another R60 000 was raised in the years 2016-2018 from Freygang Band during their Mamoli Auctions at their own festivals in Germany.

Freygang – Band & Friends will still continue to raise these funds which will now be donated towards development and assistance of the Mamoli Manzine Mission nearby the closed down Mamoli Mission.

Donate R20 towards the STRAB Charity initiative when buying your STRAB ticket!